1st round of processing, don't have the colour mapping exactly right yet.

The Helix Nebula I took in 2011 was selected for Astrofest2012.
It was good see the turnout at the event was bigger than ever. 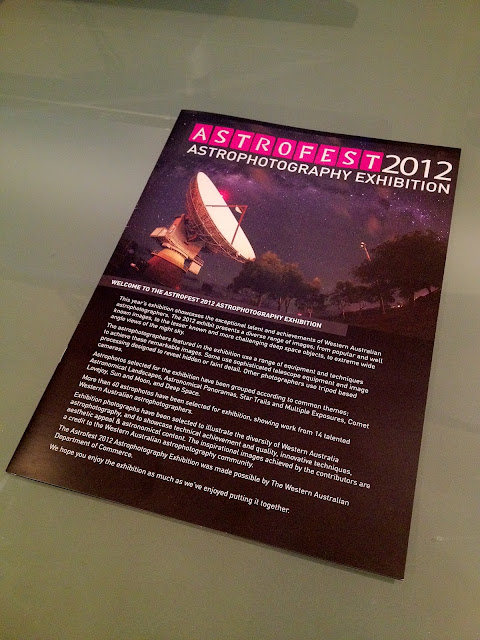 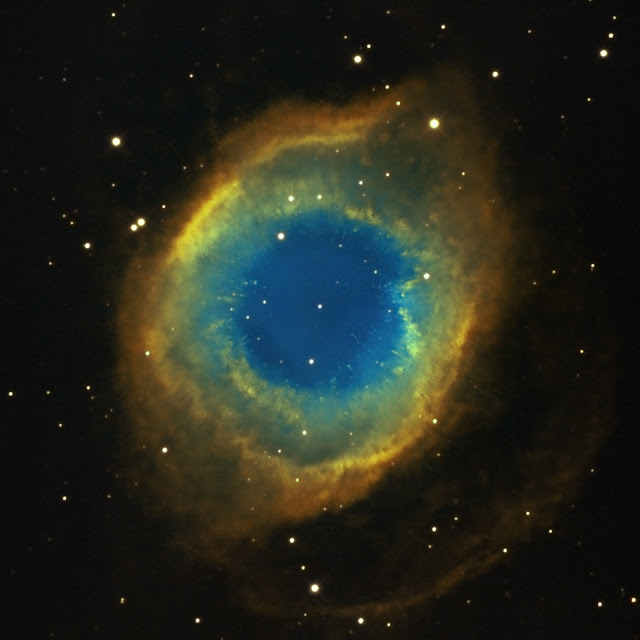 It's winter and cloudy. There's not much to report at the moment. Here are few snaps from the last Astrophotography exhibition. 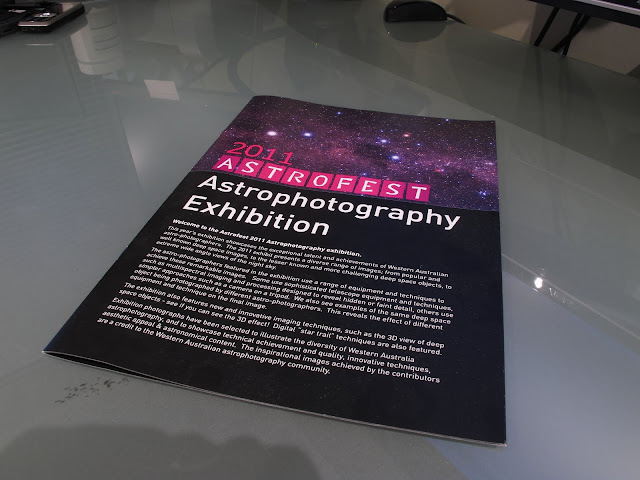 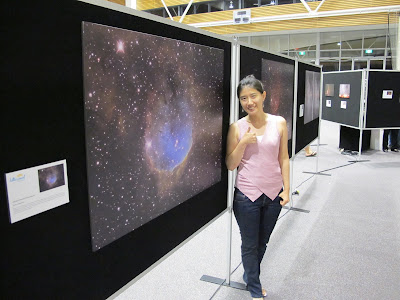 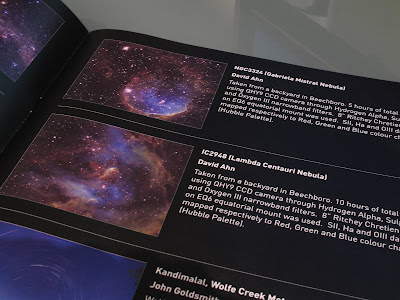 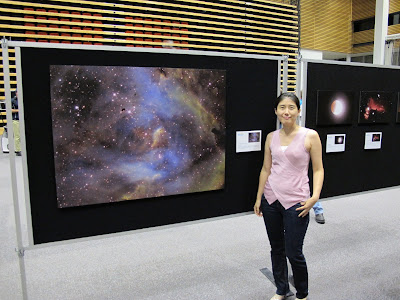 Astrofest 2011 is on again in WA next weekend.
Astrofest 2011
My NGC3324 and IC2948 will be on display with works from other WA astrophotographers.
300dpi Tiff version of the images were requested, for my images these were 1.6GB and 900MB!!
I had to reduce the 1st one down to 230dpi which brought it down under 1GB so I could upload.
Not sure what print size my images will be displayed, but bigger the better I guess.
Would really love to see how the camera resolution is paying off in real life prints.
Hopefully see you there! and Big thanks goes to John Goldsmith for organising the Astrophotography Exhibit.
Posted by David Ahn at 12:04 AM No comments:

This one only reached 35° maximum altitude from my location. I continued to track it as low as 25° but it just wasn't worth it with current conditions. So, this is a stack of what could be salvaged. 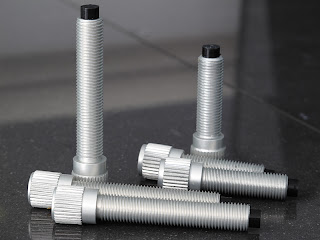 Just received some more parts for my scope. These are Delrin Tipped Screws from ADM Accessories. I needed longer ones to replace the ones on current guidescope rings. These give me more flexibility when searching for suitable guide stars. The light pollution in the area limits my choice of guide stars significantly. Looking for a guide star can be a pain sometimes due my narrow FOV on my guide chip/scope combo. Perhaps, a better solution would be faster and wider guidescope plus a more sensitive guide camera. I am working on a 9x50 finder scope conversion, so will see how that goes first. 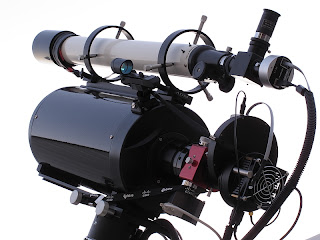 Also, took some more photos of the rig including a selfportrait while waiting for my next target to rise above my roofline. Don't normally like to take self portraits, but the scope looked a bit lonely this time, a bit of experimentation with camera angle included. 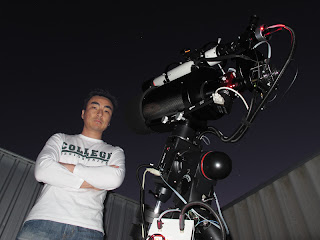 And I don't know how to smile when a camera is pointing in the wrong direction. I hope I didn't scare off anyone with this pose.
Posted by David Ahn at 11:17 AM No comments:

Finally managed to collect some Oxygen and Sufur data for NGC2070. Not much but enough to add some colour into the image. Did a rough processing to see what's available. I still need to get Luminance for this target.

Lastnight, setup the gear out in the backyard again to collect rest of SII and OIII data for NGC2070. I had just finished polar aligning when the wind picked up. I really need to hurry up and build that observatory. Well, instead of calling it, I decided to have a play at telescope pointing error modeling.
At the moment I use EQMOD's built-in align and sync feature, which allows me to select any stars in planetarium then manually sync and let the EQMOD build a correction model in the background.

This works okay provided I have a 'good' polar alignment and most of the time it puts the target in the FOV of my 1600mm setup but never quite centered. Not really an issue for me right now as I only image one target per night and only takes few clicks to center the target anyway.  But, if I was to start automating my imaging in the very near future I can see that this is one area that needs improving.
MaxPoint is one of the two softwares that I've heard of written for this job. TPoint being the other and as far as I'm told much better too. Since I already had trial version of Maxpoint installed I fired it up to see what the go 'to' is... :)
The MaxPoint becomes the telescope hub so it can intercept any goto commands from apps such as planetarium to transparently apply pointing corrections. I figured that I need to disable the alignment corrections in the EQMOD for this to be effective, but not quite sure about it yet.
Only requiring minimal setup, I kicked it off with a 25 star calibration routine, wasn't game enough to go for the default 100 stars!? I can see this is really written for permanent observatories with high grade mounts. My poor little EQ6 would probably overheat after 100 continuous slews.

Each slew followed by plate solve started to populate Calibration Observations table with calculated pointing errors. It also put little red 'X's on Sky Map representing the points its visited in the sky. I actually enjoyed sitting back and watching this whole process unfold before me. My polar alignment must have be good as all 25 slews yielded successful plate solves. So, I might actually give the 100 star calibration a go next time at the risk of my mount melting down.
At the end of the scope dancing routine, below window shows a summary of  the calculated errors contributing to my pointing accuracy.

I can see that it has worked out my polar alignment accuracy as well and I might try its built-in Polar Align feature next time. I haven't gone into working out what the other figures exactly mean yet but test slews to targets in different parts of the sky definitely showed improvement over the EQMOD's modeling, but still it didn't put the targets dead center. May be it needs a 100 star calibration or it may be that I'm expecting too much from my poor little EQ6. Well, for now, plate solving and re-slew technique works well for my portable setup and may look at  MaxPoint or TPoint again later on for a permanent setup, perhaps with an upgraded mount.
Posted by David Ahn at 3:20 PM No comments: 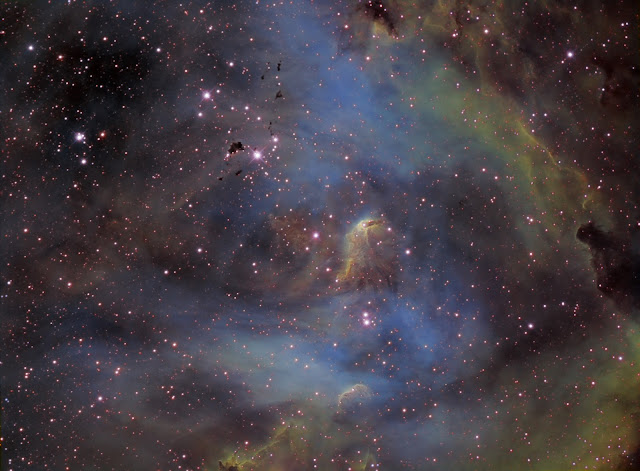 Shot in March 2010 approximately 10 hours worth of exposures.
Posted by David Ahn at 10:06 AM No comments:

One of my favourite shots taken in March 2010, processed in Hubble palette blend. Looking back at it again, I think this one needs reprocessing with luminance to boost the colours like I've done to make the blog banner.
Posted by David Ahn at 9:50 AM No comments: